We skied Antarctica!  But it was an adventure to get there.  On our way from Hawaii, just as we arrived at LAX terrorists  opened fire 800 feet from us.  We had to hide from the police state at LAX to get to the international terminal as there was a total lock down for hours after the emergency was over. I was really worried about missing our connection ,so I had to sneak by all the cops, phony security idiots.  They were real idiots.    Finally we got on the plane, but it was delayed by 8 hours.  Luckily we had a 11 hour layover in Lima so we caught our connection.  It took a full 6 days travel by plane and boat, 12,000 miles, 3 continents, 52 hours crossing Drake Channel below Tierra del Fuego, through hurricane force winds, thirty foot seas.  Its the closest thing to another planet on Earth.

The Drake Channel had 80 mile per hour winds and thirty foot seas. 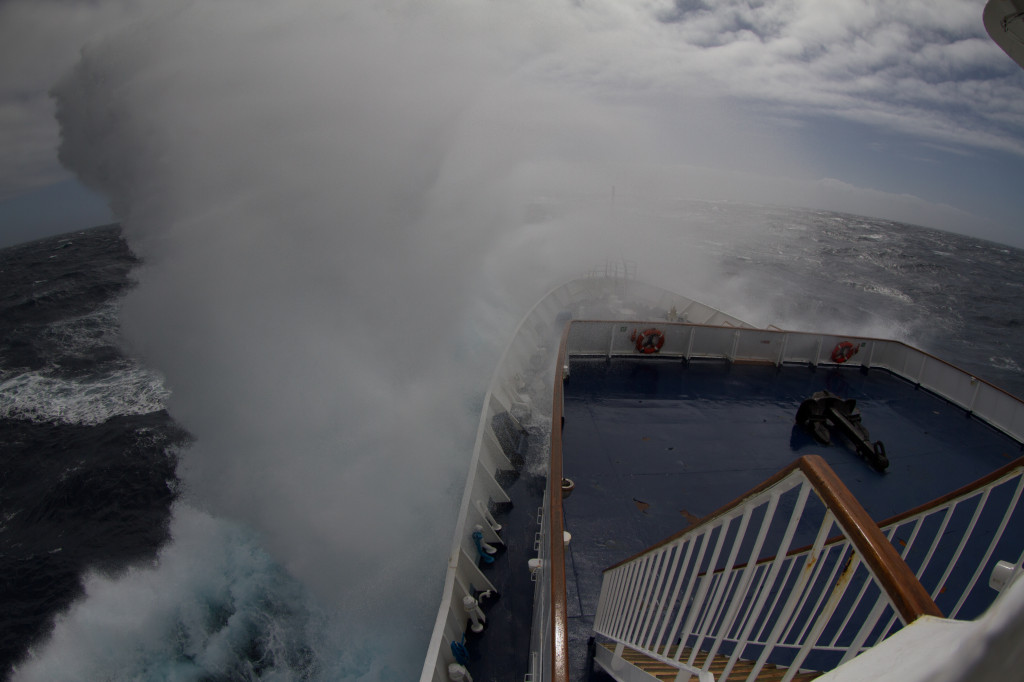 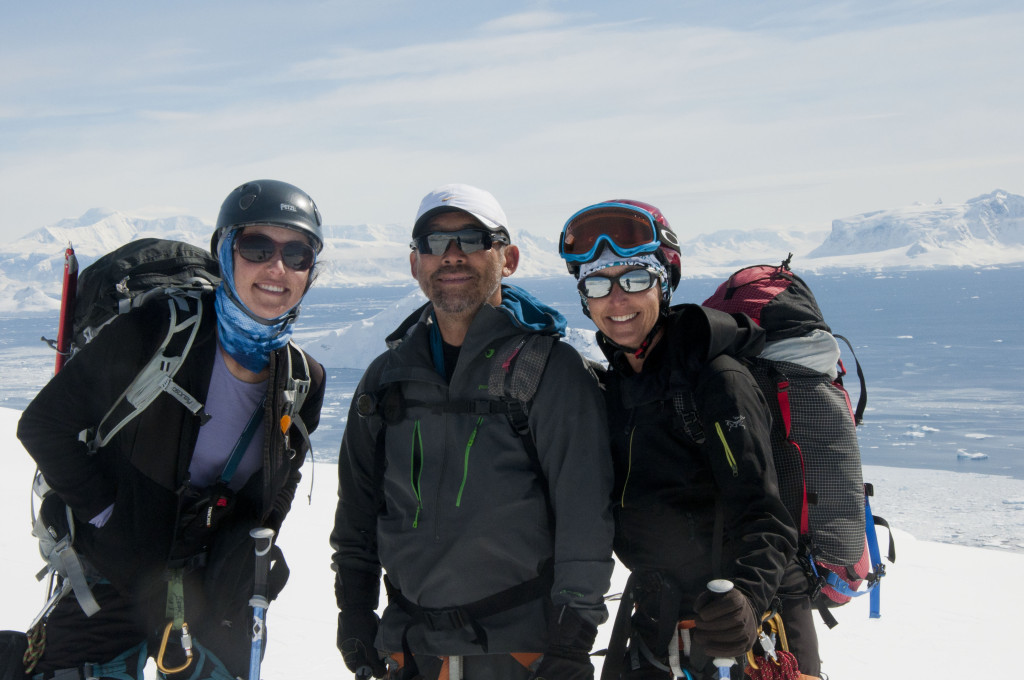 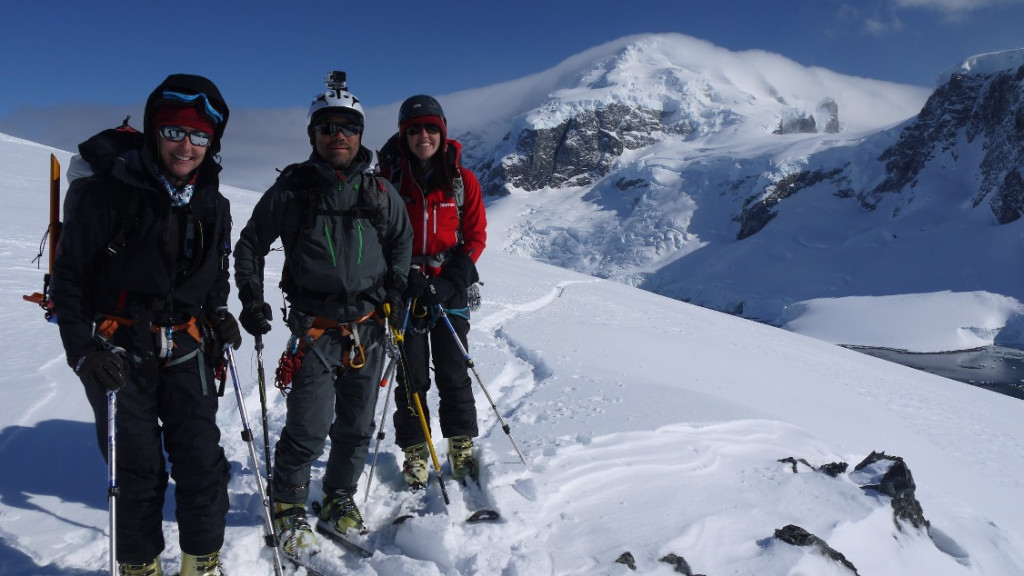 First day, first summit of Cuverville Island. We climbed four mountains.   Two were first ski descents.  We had beautiful weather. The people on the ship were world class athletes and famous ski movies stars.  Everyone was very friendly and we made good contacts with the top ski guides in the world from Argentina, France, Sierras, Alaska, Tahoe, Aspen, Sweden.

Due to the remote location, risk was dialed back, though there were some steeps. Kim and Sarah ski some steep terrain with professional skier and movie star and guide Kim Havell.

There were some burly lines. 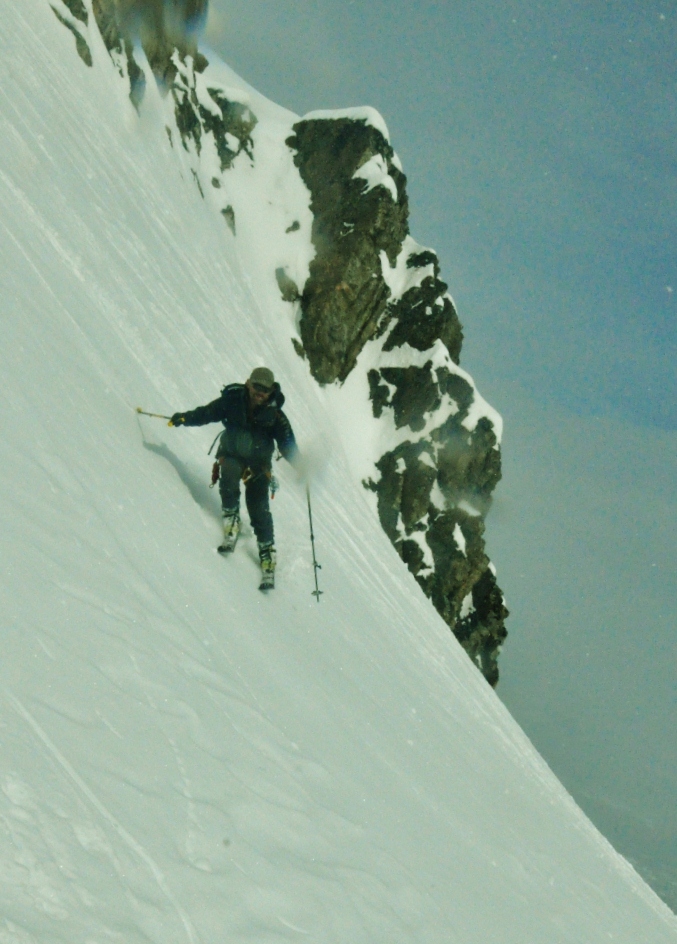 It was really wonderful to spend time with our daughter Kim who is a Phd in Chemistry at Berkeley.  I am lucky that both Sarah and Kim are both chargers and can shred the gnar. 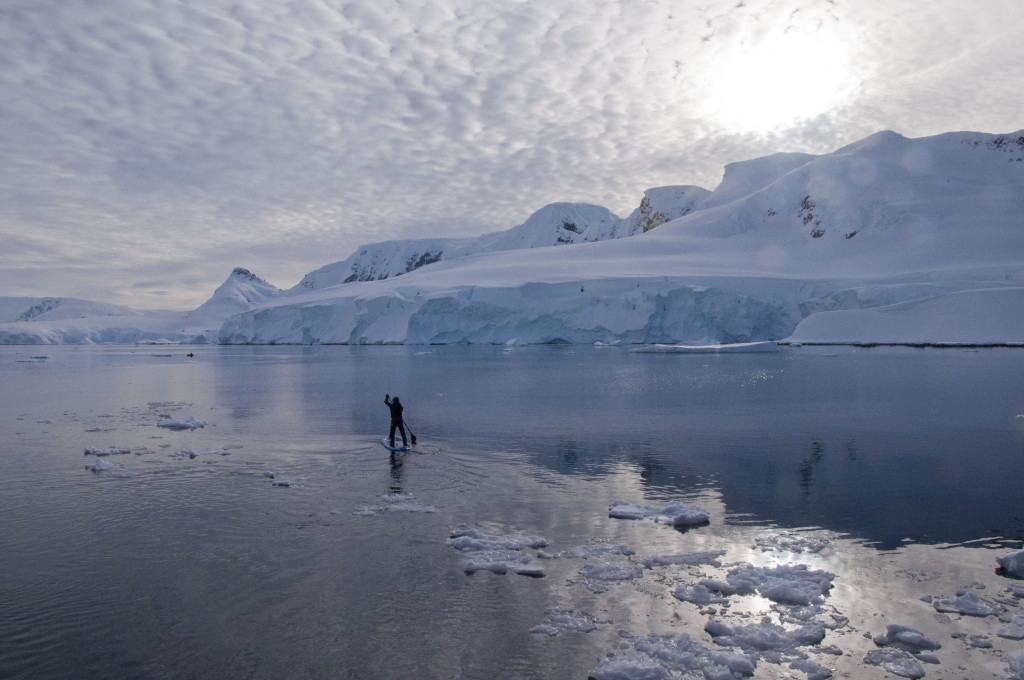 Staying on board the ship was comfortable, the food was great, and it was fun to meet new people and make new friends.  Everyone was very friendly.  The 15 Russians drank lots of vodka and were boistrous. There were Swedes, Irish, Scottish,  Indians, movie stars, deep sea divers, surfers, guides.  The Sea Adventurer is 310 feet long, solid, well appointed and run by sold people. 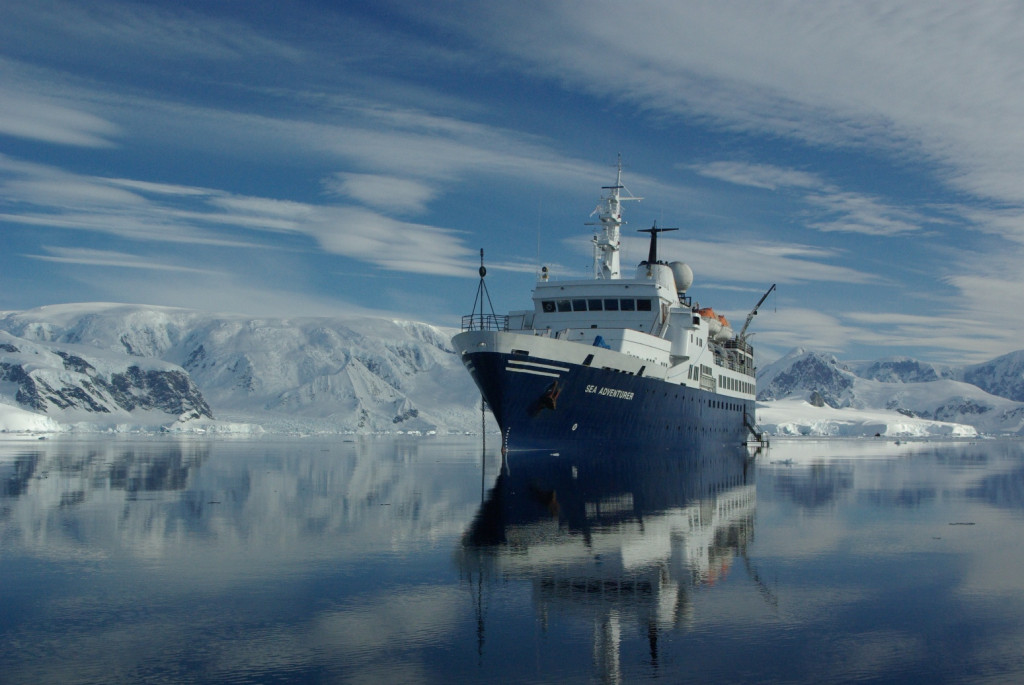 Ice pack blocked our way to a number of the southern objectives. 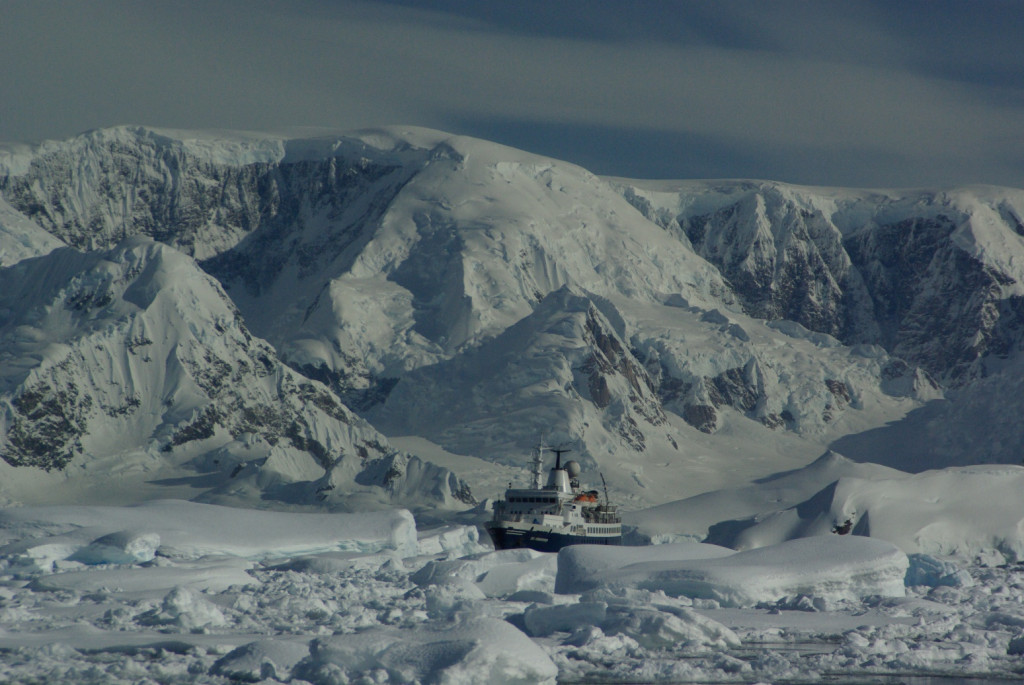 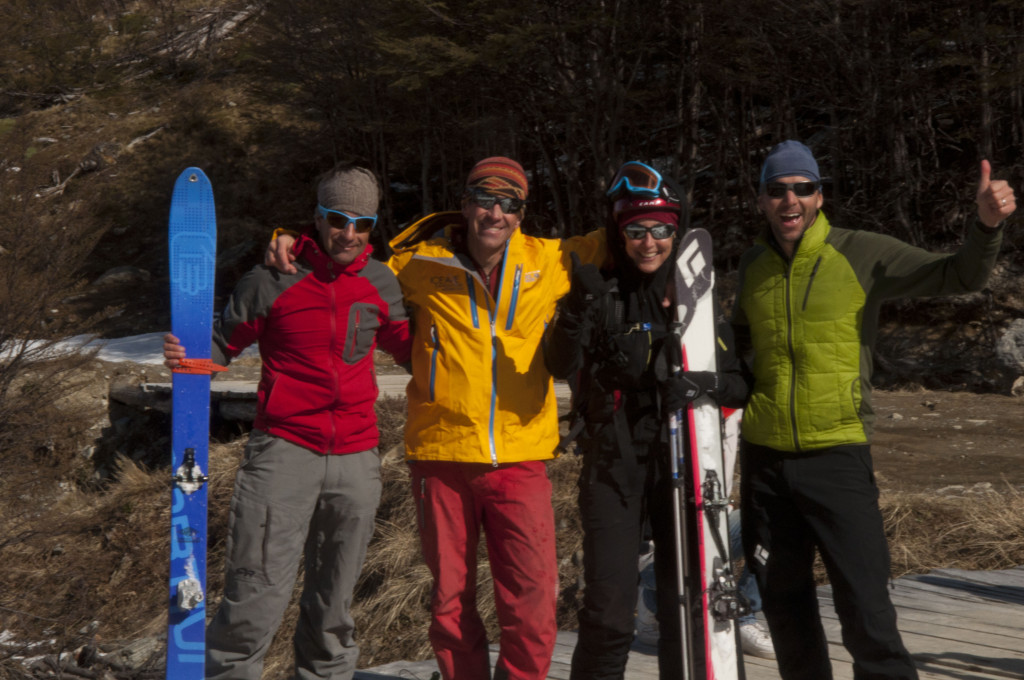 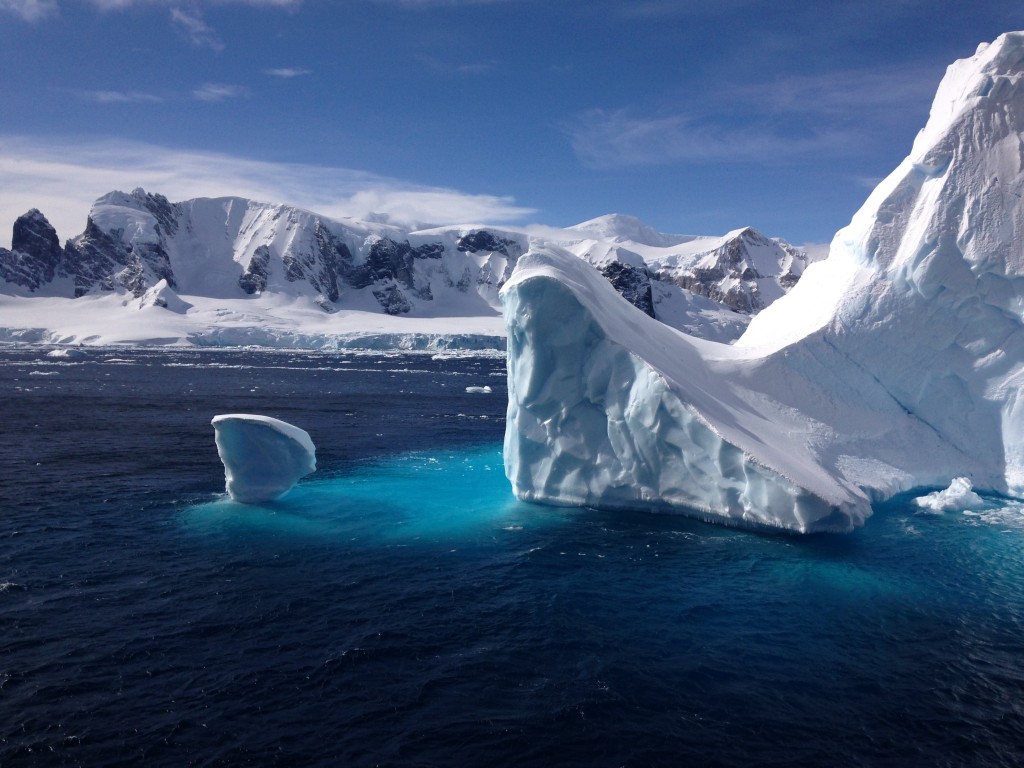 Bye Antarctica.  Will I see you again?