New Zealand had the best snow in over ten years.  Last year we made some new  friends Ash and Jane Cotter. They invited us to stay at their place in Christchurch and showed us around town and the mountains.  Ash is a Kiwi local and suggested the snow was deeper and better up north.  Always listen to the locals! So we stayed in the Mackenzie District.  Ash took me up to Mt Cheezeman where he used to be a ski patroller to hit some side country bowls. 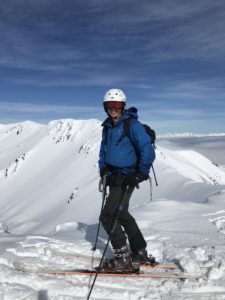 We rode the T-bar up for $10 and cut over to the chutes and bowls and scored some nice few inches of fun powder under sunny skies. We ran into his niece Lucy and her family and she is a young charger who showed us a bit on our return to the baselodge.  The ski fields are fun and family oriented and a must do on a NZ ski trip.  You can stay over at some of them at a lodge, but have to share washing in dishes and cleaning up.

We headed to the Arrowsmith Range next and stayed at Phillip and Anne Todhunter’s beautiful Lake Heron Station in a beautifully restored ranch house with fireplace in a stunning setting.  His heli is parked in the garage near the house, and he gave us a quick lift up the Cameron Valley to a little hut in BIG gnarly ski terrain.  The hut has a few primitive bunks and a counter for cooking and an outhouse.  Its $5 per night per person.  It snowed for three days 50 cm and we were kind of stuck because of avalanche danger.  We got some low angle runs, but the exposure is from 1000 meter runs from the tops.  We met Arnaud Cottet and his photographer friend doing a photo shoot for his sponsor Salewa. He is an Olympic ski judge for the freestyle events.  The first day was sunny and nice, but it snowed the rest of the time, so we couldn’t hit the big lines.  We got out just before another storm hit and we were running out of food.

We headed next to Lake Pukaki near Mt Cook and stayed in a beautiful house next to the azure blue lake.  The heli base is just a few klicks ups the road, and we jumped in a heli for a 5 minute $200 heli bump up to a big bowl and glacial drainage for heli a assisted back country ski tour and skied the best powder of the trip.  No one else was there. 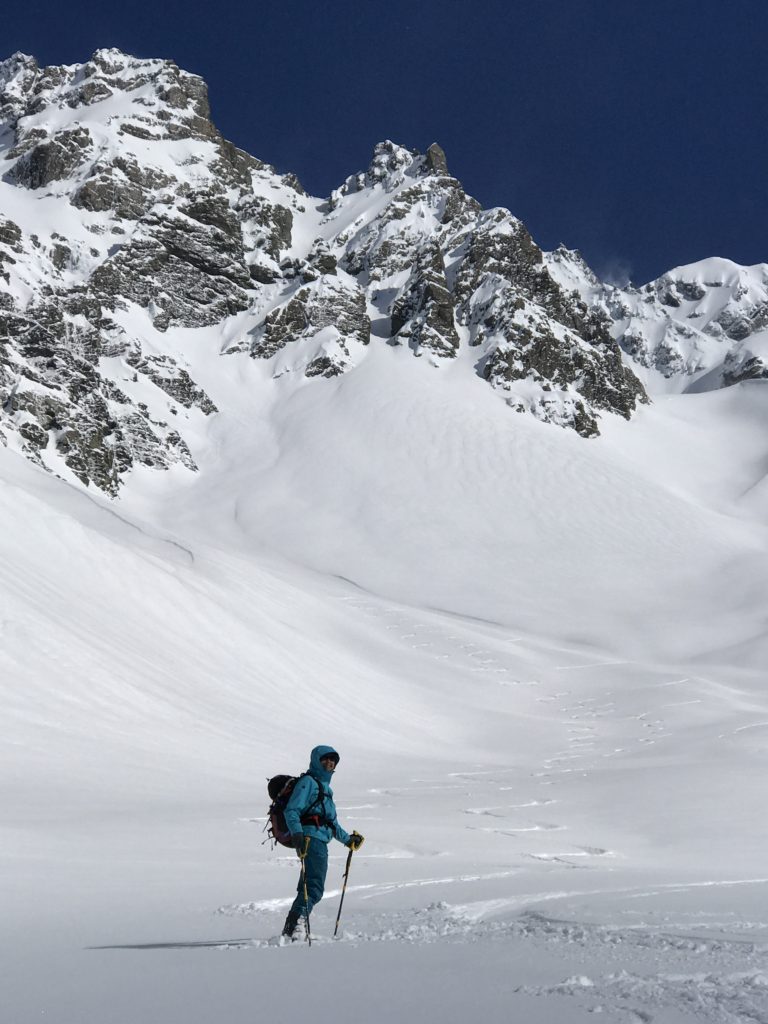 The terrain is a bit misleading because it doesn’t look that big, but it keeps going and going.  The bowl was protected but we could see wind whipping by the ridges.  We got three nice big runs in before the heli bumped us back out.

We headed back toward Lake Tekapo and went to Roundhill ski area to kite ski.  The conditions were perfect with a good steady wind straight up the hill, a launch pad just next to the car parking, and flat open round hill.  I finally, after a year of attempts, kite skied up the hill.  I always wanted to do that.

We rented a nice Mercedes Sprinter camper with shower, kitchen and toilet and heater for $30 a day.  An amazing deal in low season, and a great ski base camp.

I love New Zealand.  Its starting to get discovered.  Even five years ago, it was empty.  Now there are people. Lots of Chinese.    Like everywhere else, soon it will be crowded. It is the second least populated country in the world.  Canada is the least crowded.  That’s where I’m headed next. Stay tuned!