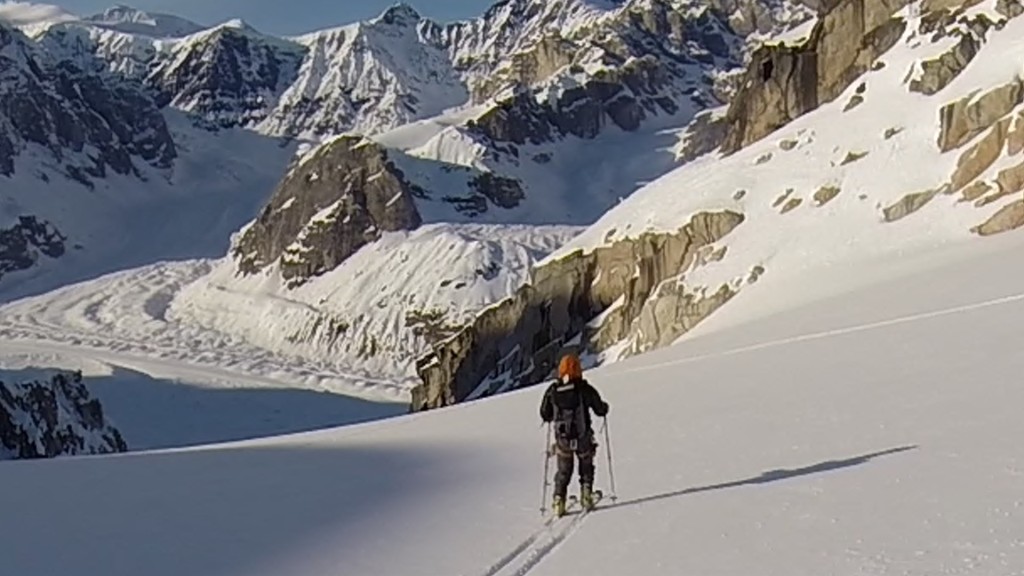 I organized the “Pineapple Express” Expedition to Denali National Park and Preserve April 2-10, 2014.   Stu Brown, from Valdez joined me the first week, and Dave Burns, from Wasilla, Alaska came the second  week.  We lucked out with great weather, cold temperatures, nice 8″ of snow in the middle, no wind, lots of sun and powder.  We flew in with Paul Roderick, owner of  Talkeetna Air Taxi.  Paul is a great guy and has been flying there for 25 years in classic totally rebuilt De Havilland Otters and Beavers rigged with snow skis on the wheels.  He provided us with great pretrip beta.  I almost feel like a regular up there as this was my 4th trip in with them.    Both Stu and Dave were solid, knowledgeable and skilled  partners and the trip was a real success.  Next year I’m going back in for 3  weeks.  Stu had a number of first descents and named a number of couloirs including “Old Man Couloir” , “Young Man Couloir”, Injustice Couloir, Aaron’s Couloir, Jim’s Couloir.  The other group beat us to Sic Byrd Couloir which turned out to be a great line.  Definitely on that for next year.  We were doing 6 hour, 2500 vert days which was very doable and I skied for 9 days straight. 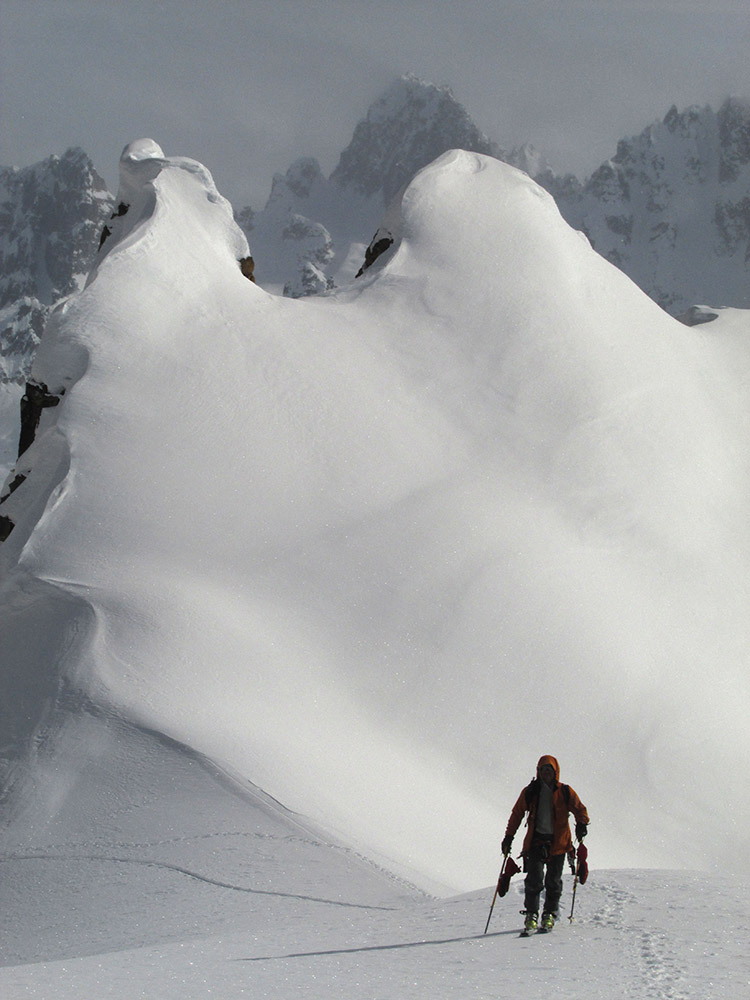 We ate in style having Sou Vide Steak, Halibut in Cajun Sauce, Fresh cooked stew simmered for hours with fresh potatoes and onions.  The bar was well stocked and the 17′ Hilleberg Atlas group tent was palatial for the three of us.  The Hilleberg Atlas basic tent worked great for a group tent. Its 17 feet across and has standing room all around after digging snow furniture.  We had an “island” table in the middle, raised cook area with up to 4 burners going at once.  We had couch seating for 6 and a separate bar area. The Hille handled the snow well, was easy to set up, and was very warm inside even without the inside tent.  The basic worked well as as stand alone.   Eli Helmuth, http://guide.climbinglife.com/index.php/about/staff  guide extraordinaire, had a separate group nearby and we stopped by in the evenings at what we named the  Buckskin Bar and Grill (their group tent) and partied with them. 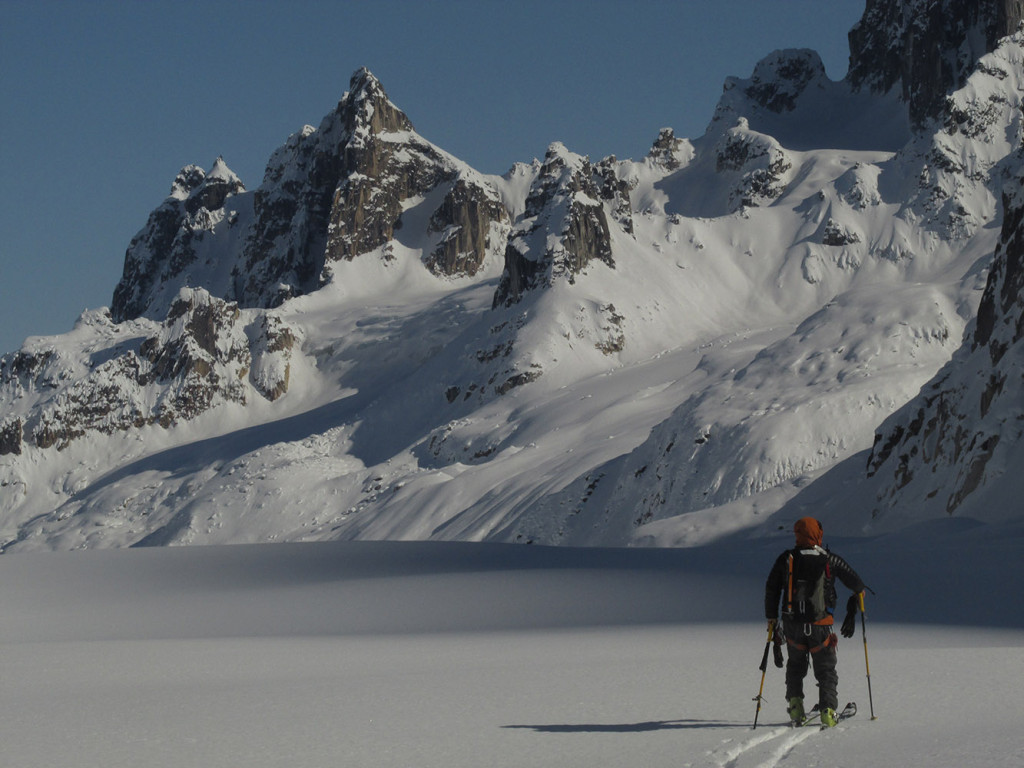 We even ran into well known  Alaskan guide Joe Stock http://www.stockalpine.com/guided-ski-mountaineering/  who was going to hike out 60 miles back to town! Yikes.  So we had them over for some hot drinks and bananna pudding.   This is big country up here. 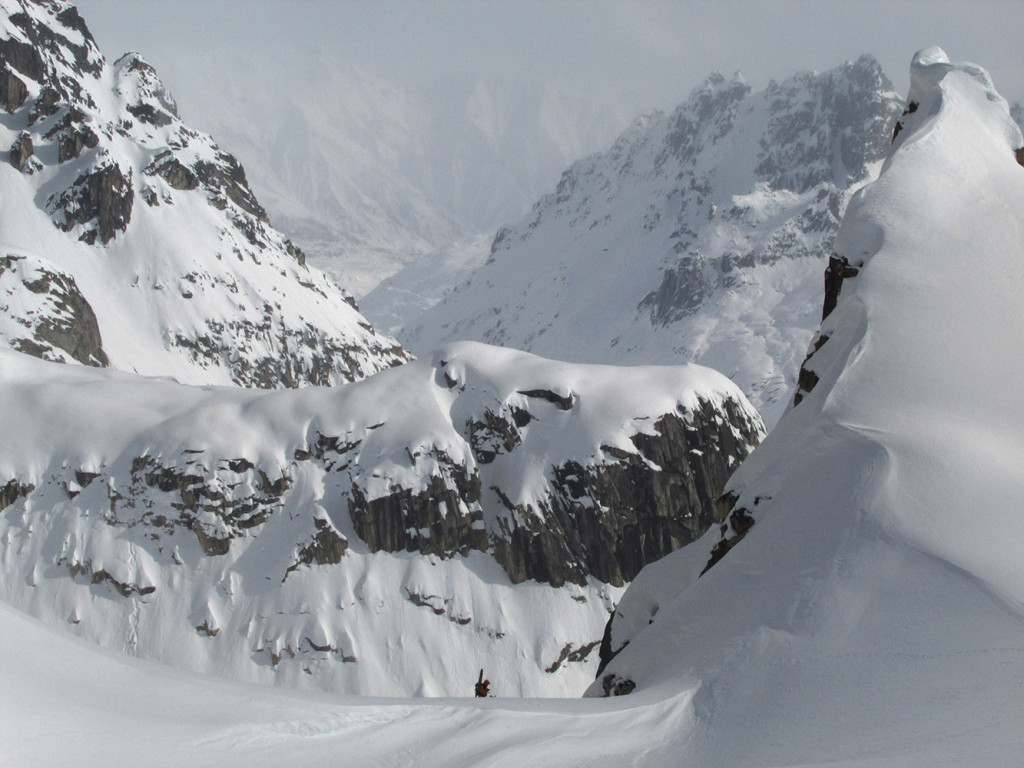 Navigating through the crevasses was one of the challenges.